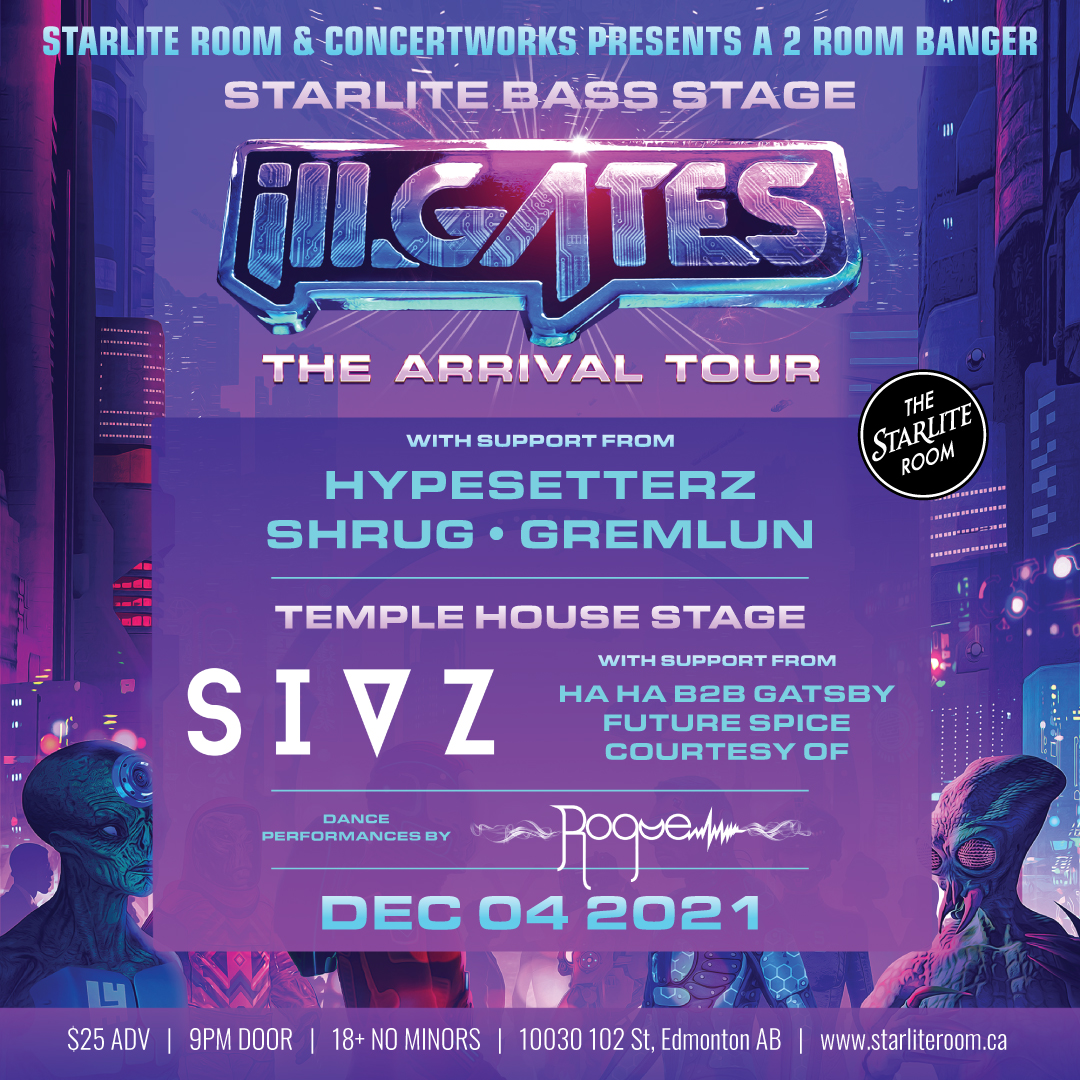 DJing since age 13 ill.Gates has had a long and lavish career in the music business. Known for his epic collaborations with Apashe, Clozee, Excision, Destroid, KJ Sawka, Vibesquad, Beats Antique, Mimosa, Opiuo, Gucci Mane, Star Wars and the Dead Kennedys he is no stranger to the top of the charts. With 5 studio albums under his belt and hoards of unreleased original music ill.GATES is known for unforgettable live sets peppered with improvised finger drumming and original visuals.

Sivz is an artist born out of relentless hard work and true passion for the party. This red-headed firecracker tornado’d her way from her status as a veteran clubber and global music festival chaser to professional tech house DJ/Producer in no time, ready to dominate. Put on the map for playing versatile sets through her residencies at venues like Vancouver’s Gorg-O-Mish afterhours, she now regularly shares Canada’s most iconic stages with the likes of Green Velvet, Chris Lake, Mark Knight, Claptone, and Dusky just to name a few.


As of September 20th, 2021 we will be able to operate without restriction, serve any individual eligible for vaccination who: