The Sponges & Case of the Mondays

Case of the Mondays
Case of the Mondays is a classic story about two best friends making music in paradise... Joni T & La Dooda met in a dark basement nightclub fighting over a single vodka soda. The bartender saw their struggle and one free vodka soda later... They became best friends and started writing their own style of house music called “Fun House.” Since then the two continue to create a Magical Worlds on Dance Floors where it’s okay to dance all night, call in sick for work, and spill drinks. Every day is a Monday Dirtybird Records + Box Of Cats + Westwood Records + COTM Records
The Sponges
Based out of the sun-soaked city of Miami, The Sponges have been bringing their blend of classic disco vibes and modern day production techniques to dancefloors all over. Having gained support from established artists and rising stars in the electronic scene like Justin Martin, GRiZ, Zeds Dead and Jauz, it’s clear that their infectious sound is the perfect addition to peak party hours. In February 2019, The Sponges released their debut EP Episode VI: Return of The Sponges featuring the underground classic, "Space Funk '75". After a #1 position on Beatport, a viral twitter video and over 500k streams, The Sponges found themselves at the top of the charts once again with the release of their 2nd single "Funked Up".
With support from YEG legends JYVY and Moonraaker! 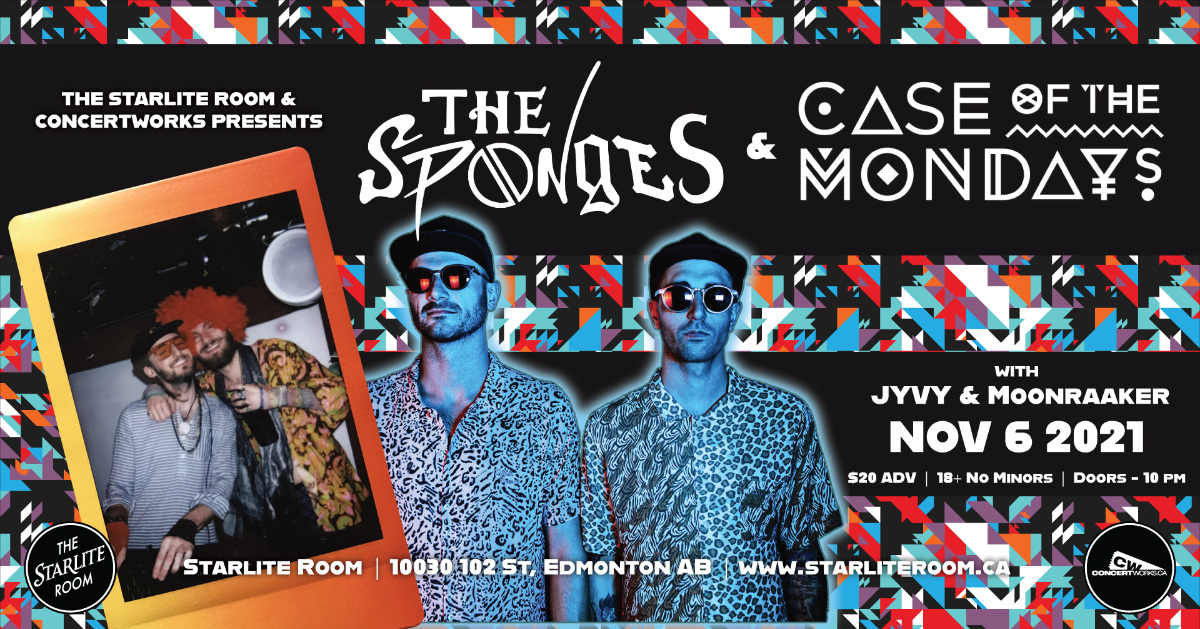